A Day In The Lakes Triathlon

I did this triathlon a couple of weekends ago, my first at half-ironman distance. I suppose you'd expect me to come out with all sorts of superlatives when trying to describe such an event in the heart of the Lake District, however I think I'll have to sum it up thus: fooking tough.  I did quite a bit of training in prep, certainly I don't think I could have done much more without affecting other facets of life and on the day I suppose it served me well, but this wasn't quite the shining performance I'd hoped for. Silly really, if I wanted to do a good time I'd have chosen a race with a more benign course, however you can't blame me for wishing!
Swim - Helen told me that everyone left the water looking ashen-faced and I can believe it. In training the week before I swam jetty-to-jetty in Ripon lake (1.1 miles, half-IM distance is 1.2) in 31 minutes, so thought 36 minutes would be reasonable on the day. Wrong. There was a hell of a Southerly wind and we went straight into it on the outbound leg, it made for a lot of chop and was literally like swimming uphill. I got out of the water after around 42 minutes and was easily in the top third of my wave.  There followed a long run up to timing point where transition began, overall about 44 minutes - a bit disappointing really. T1 - Severe faffage. Put on cycle top, armwarmers and socks. Messed up badly with the socks, having two with "R" on them. Momentary confusion until I realised that they weren't paired (I'll get her for this later), this came back to haunt me on the run with a poor-fitting sock. Anyhow, just over 4 minutes. Fairly crap, really. 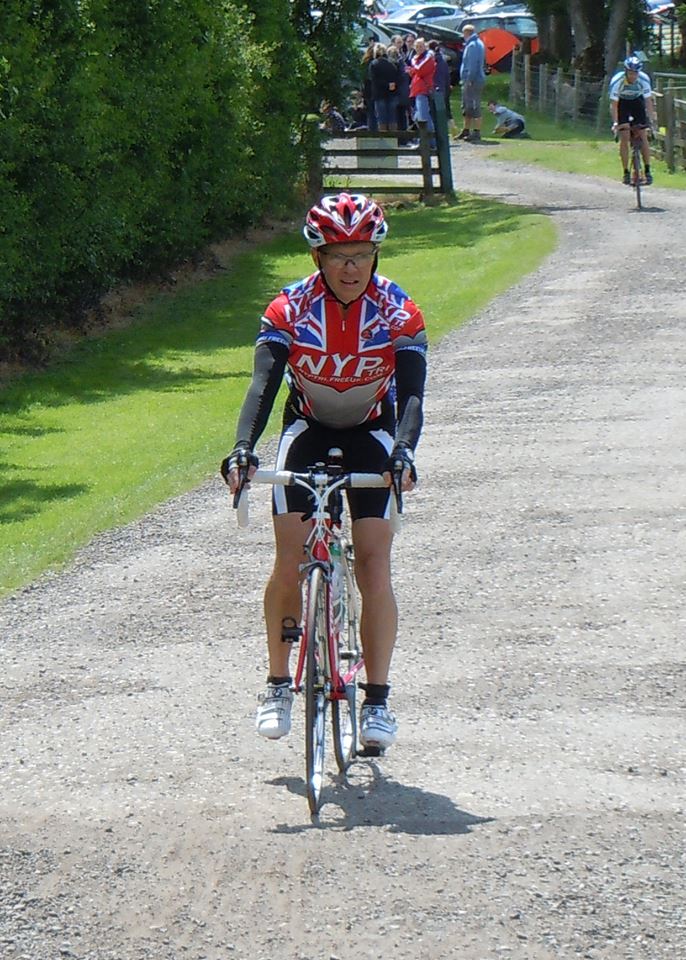 Bike - Went off feeling strong and tried to keep a steady pace until Kirkstone. That same Southerly wind was straight in our faces and made for an interesting climb, lots of expletives and rude words employed. Fast descent. Things went OK, climbed Shap Fell reasonably well, a hell of a fast descent from there and I surprised myself by being flat over the handlebars with the speedo indicating 45 - 48mph, this is quick for me. New Mavic wheels make a difference.

I faded in the last 5 miles, should have had a gel or something to push me along, I have no idea why I didn't do this! Into transition in 3.48.

T2 - much better. On with trail shoes (yes, and two right-footed socks), off with armwarmers, grab bumbag and away. About 2 minutes.  Am not sure that a cycling top is a good idea for running, but there you go - live and learn.

Run - Felt dreadful to start with, the climb out of Pooley Bridge was agony. I know this piece of the Lakes well, having ran it on L50 recces and also on the Tour de Helvellyn, but it made no difference. Legs took at least 5 miles to wake up, I wasn't being passed but also wasn't making any ground up. Finally got going towards the top of the climb up Wether Hill and bombed down the fell into Martindale, overtaking loads. 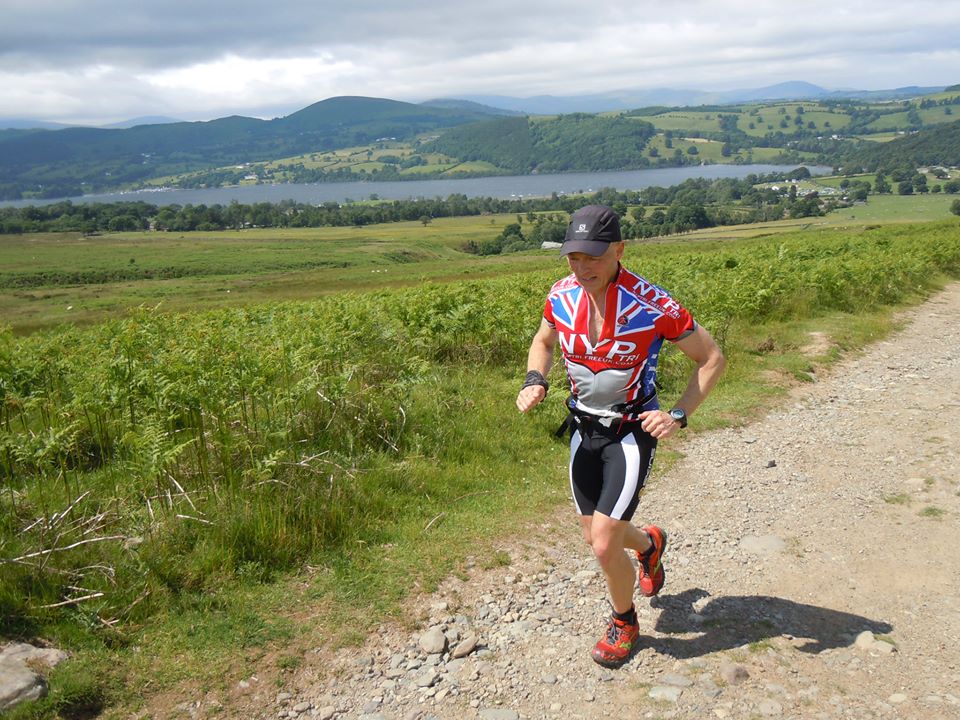 You could easily spot the non-fellrunners, there was lots of fannying around going on on the descents. The last three miles were on road and it was pretty painful, I did what I could and caught my last target (guy with Soreen cycling top) and sprinted the last few hundred yards. I knew it would be close ..... my target was sub-seven hours ....... final time 7.01.25.   I was annoyed at the time, but it's all part of the experience I guess.

I've got a better idea of what it takes to do one of these races now and despite some disappointment with the final time, I really did enjoy it. After a quick cuppa we headed back to our rather nice B&B in Pooley Bridge, then it was over to the neighbouring pub for some celebratory beer.  I feel I will be back to give "A Day In The Lakes" another go, I can do better.
Posted by Martyn Price at 09:08 No comments: